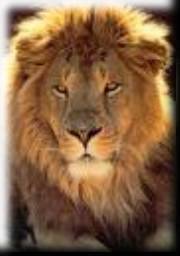 Animals:
Horse - power, physical issues that are going to come as in Revelation with the four horses of judgement.

White horse - the Lord's message (Revelation when He sat on a white horse)
Also the highest form of power that is established by God. A horse bucking or fighting against the bridle symbolizes resistance to training or being wild and untamed.

Elephant - great power and strength, nothing stops them, never forgets.

Predators - animals that prey on others usually represent inner fears of that animal. They can also indicate an attack of the enemy in the form of that animal. A lion can represent Jesus as the "Lion of Judah" or could represent Satan as a roaring lion seeking for someone to attack. The context of the dream would clearly show which Lion is in a dream. Pay close attention to the activity and your response to that animal in the dream/vision.

Skunks: represent danger and something you want to avoid.

Rats and Mice: represent spoilers and an indirect source of disease.

Cattle - often represent provision or lack of it . Pharoah's dreams of 7 fat and healthy cattle versus 7 starving cattle represented 7 yrs of plenty followed by 7 yrs of famine.

Sheep - represent Believers, innocence and sometimes the lone sheep that wandered away.

Domesticated Cats: A black cat inserted into a frightening scene can represent witch craft or the occult. While any breed of cat sitting or lying contentedly usually represent peace, quiet and contentment. The context of the dream will support the imagery.

Domesticated Dogs usually symbolize a form of companionship as a pet. In contrast a growling, snarling dog represents danger and the need for training or being put under control. If it is attacking then it can symbolize an attack coming from a neighbor or someone close by.

Whales - often represent that large thing that threatens to swallow you up.

Fish in general can often represent people because we are called to be "fishers of men" so fish will represent harvest or evangelism in this context.

Eagles - usually represent a prophet or prophetic ministry, or the ability to see what God is doing.

Ravens - can represent something ordinary through which God provides your needs. They can also represent unclean things or even demonic spirits in some cultures. So watch the context and how God would be speaking to you and your cultural background.

In every nation there are animals that can represent a variety of meanings.. so again a reminder to ask yourself what does this animal and its appearance represent to me in the context of this dream?